You are here: Home / Windows App / How to Get Windows 7 Games for Windows 10
Advertisement

Though Microsoft has released Windows 10 as the new version of their operating system in the Windows family, many people are still using Windows 7. Some of them have tried to upgrade the system to Windows 10, but they prefer the Windows 7. The reason is a bit uncommon, it is the games on Windows 7. The classic games like Solitaire, Hearts, and Chess Titans have been the reason why many people stay on Windows 7. Sadly, Windows 10 has got rid of these games from the operating system. If you like to play those game, we can help you how to get Windows 7 games for Windows 10 in this post. 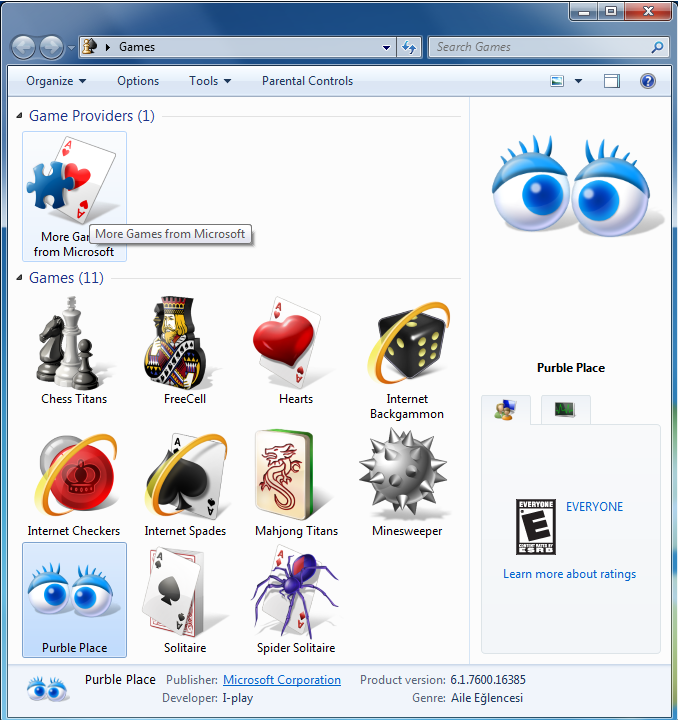 The Favorites: Getting Windows 7 Games

Most of the Windows 7 users who have ever played the games might be the fans of them. In other hands, those who never use Windows 7, might not know the games. But, we suggest you to try the Windows 7 games once. The games are simple, but they have good graphics and are fun to play, such as Chess, Titans, Mahjong Titans, and Purble Place are games from Vista. There were other games that might not have good graphics, but pretty fun to play too.

Microsoft tries to give a little touch to the games. It is something good, in fact. But, it also has ads in the games that annoys many Windows users. It’s worsen with the fact that Windows 10 doesn’t replace the classic games like Chess Titans, Purble Place, etc. In the other hands, many Windows users love to play the same classic games on Windows 7. If you like to play the old games without ads in Windows 10, you can follow the tutorial below.

Comparison between Windows 7 and Windows 10 Games

As you can see, most of the games are not available on the new Windows 10 platform. The greatness of Windows 10 will even improve when you’ll add the classic Windows 7 games to it, with the help of this Guide.

How to get Windows 7 Games for Windows 10

Unfortunately, Microsoft doesn’t have any utility or support to run Win 7 games on Windows 10 computers. However, you should not worry. As, there is a tested Guide available to get Windows 7 games for Windows 10. You just have to take help from a third-party software from WinAero to run Windows 7 games on Windows 8, 8.1, 10. These third-party softwares are worth it for the games. You should definitely try these.

You can use the Windows 7 games for Windows 10 setup from WinAero to play your favorite games on the new Windows 10 OS. Just follow these steps in order to run the games on your Windows 10 PC:

Step-1: Download the Windows 7 games Installer by WinAero from here.

Step-2: Extract the contents of the 150MB (approx.) archive to the local system and then, Run the installer.

Step-4: Follow the instructions appearing on your screen to install the games. After installing the games, go to the Start menu and run the game which you want to play.

This way you can have fun using Windows 7 games on Windows 10 computers. The package is multilingual and games are developed in a manner to run successfully on newer Windows versions. I suggest you run a scan of the extracted files with a good antivirus software before using them. Some users suggested that they got a virus with those files. Though the files were completely safe in my case.

Other than classic Microsoft games, there some amazing games available that I used to play on my Windows 7 PC. Being a gamer, I suggest you try these games on your Windows 10 system. These are absolute fun to play.

This is the classic Football management game which can take up to weeks of gameplay over the course of months. The game is very simple and fun to play. You can download it from here.

You might have played this one as it was the most popular game for the Windows 7 users at that time. The game is very much fun and thrilling to play. You can download it from here.

The original game was released in 2007. The game is pretty amazing with great RPG mechanism. You should try this one too. You can download it from here.

Metro 2033 depicts the tumultuous existence of humans living underground, after a nuclear holocaust wiped away the topside earth. The gameplay is great and addictive. You can download it from here.

I guess I don’t have to say anything about this one. It is my personal favorite series of games. You should try this amazing one if you haven’t played it yet. You can download it from here.

Windows 7 had some classic games developed by Microsoft. Additionally, there were some amazing Non-Microsoft games available too. The guide explained how you can get Windows 7 games for Windows 10. For any queries, doubts, or suggestions, feel free to visit the Comments sections below. Hope I helped you. Thank you for reading win10repair. Have a nice day, Folks!